This past weekend I attended the ADCKC (Atlantic Division Canoe Kayak Canada) awards night. It was an amazing night with lots of great food, awards, and reflection on the past year on the amazing athletes we have here in the Atlantic Division.

This year, I received the first ADCKC Fair play and Sportsmanship award because I was nominated by two of the best friends/teammates one could have, Genny Orton and Una Lounder. Here is their nomination,

“Connor came out publicly as a gay athlete this year and bravely took the spotlight in support of LGBT athletes via his involvement with the You Can Play Project. His courage and overwhelmingly positive attitude is not only an inspiration for other homosexual athletes (and non-athletes!) struggling with homophobia but for inspiration for change in both sport and in life. As one of the more supportive teammates I have ever had, I would like to take this opportunity to show my sport for Connor by nominating him for this year’s ADCKC Fair Play and Sportsmanship award.”

To be presented with this award in front of the many people that have showed me support over the years not only in my paddling but also in coming out this year means so much to me. If it weren’t for the ADCKC family, I would not have had the courage to take such a big step. More importantly, everyone’s continual support has hopefully given those still struggling with their sexuality a bit of comfort that they will be accepted and that it is okay to be proud of who you are.  As Nelson Mandela once said, “For to be free is not merely to cast off one’s chains, but to live in a way that respects and enhances the freedom of others.” The ADCKC family not only fosters great athletes but so many great role models for the community. From the bottom of my heart, Thank You!

A big shout out to Jeff Houser as well, who crafted this beautiful award. 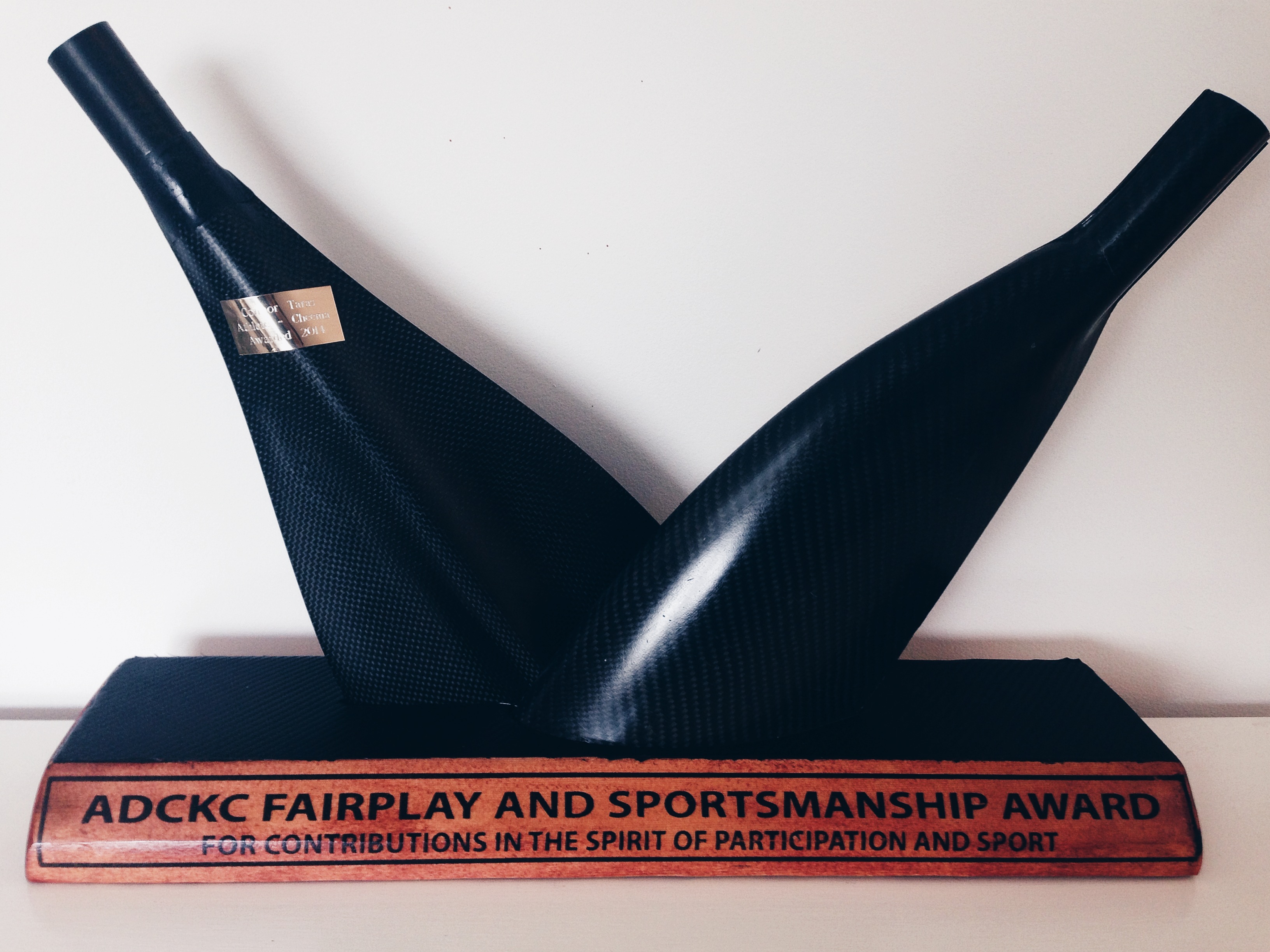